Hiking the AT – A “Beauty-ful” Spot 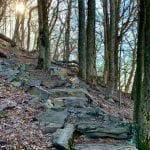 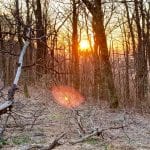 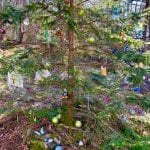 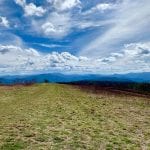 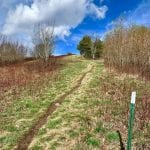 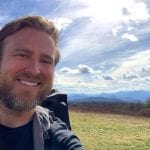 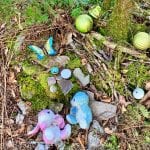 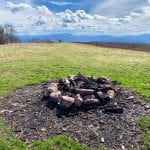 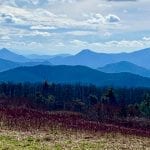 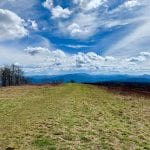 Though I went to bed fairly warm for once in my tent, at some point in the middle of the night I got pretty chilly. So I woke up bundled up in my sleeping bag once again. By the time I ate breakfast, completed a little work, and packed all of my stuff up, the young couple I met the night before had already left. The other guy, Up State, was just finishing packing as well. So we chatted for a bit and ended up getting back on the trail at the same time. So we hiked a good part of the day together.

We climbed the popular place known as Beauty Spot. It is a beautiful spot. It’s not that big but it’s a grassy bald on top of a mountain. The views are breathtaking. There’s a few places to camp up on top. I could see why it would be a fantastic place to watch the sunset. Though as with most balds it can get rather windy and thus chilly. So I wouldn’t recommend camping up there unless you’re appropriately dressed and or it’s warmer outside. We snapped a few photos and took some video and continued on our way.

We climbed up into an evergreen forest. These big beautiful trees are dense and provide a lot of shade. So it was dark and damp as we trekked through this area.

Upstate and I got to know each other as we hiked. He’s a disabled marine. He’s always wanted to hike the AT and when his lease ran out on the house he was renting he decided he could actually save up some money by not paying rent and living out on the trail for 6 months. He was hiking with a group for a good part of the trail. They got separated and he’s missed them and being a part of their trail family (aka Tramily). He’d actually been contemplating getting off the AT. He just wasn’t enjoying it anymore. Plus the weather hadn’t been good for him either. He’s climb a huge mountain only to reach the top and see nothing but fog ?

We talked about what we ate before hiking the AT, and what we’ve been eating since we’ve been hiking it. We were both eating pretty clean. Meats and vegetables and some fruits here and there. Now all we ate were processed foods and bad carbs, because it’s lighter and gives us fuel to burn throughout the day. We knew what we were eating wasn’t good for us and we missed our old “diets”. We’d hope we’d figure out a way to eat healthier on the trail soon.

Remember I tried to eat healthy the first 3-4 weeks while on the trail and lost 25-30 lbs. I knew I needed to eat more calories. However I could get them. I asked him why he was giving away his food. He said he thought a lot about what we talked about and he was tired of eating garbage. I told him I was too and asked him what he was going to eat instead that was healthier. He said he didn’t know. Not good. I told him I’d rather eat garbage to ensure I had energy to hike all day vs. not. He said he’d figure it out.

We passed a tree that had gifts under it and was decorated like a Christmas tree. We were in the middle of no where. I thought it was strange but also interesting. I later heard it was a memorial for someone that loved the AT and also Christmas that passed away. We came to a camp site that had a side trail that lead to a hostel close by. Upstate was going to go there to get some healthier food. He wasn’t sure if he was going to stay at that camp site for the evening or continue north to the shelter. I told him I was headed to the shelter and would see him there later if he made it.

I got to the shelter and was happy to see there were other people there. Vitamin D and Zero Foot were there setting up camp. A new hiker I hadn’t met before, Jazz Hands, showed up. I setup my tent and she setup her hammock and we sat down to eat dinner together. Her trail name derives from the fact that she plays jazz guitar. An older gentlemen joined us that I hadn’t met before either. His name was Up and Over. He got his name from the way he puts on his pack. It’s a little different. Instead of going around the back and looping in one arm and then looping in the other, he puts his in front of him and then throws it over his head looping both of his arms in at the same time as it goes behind him on his back.

We ate dinner and chatted for a bit. Once finished we bid each other a good night and climbed in our sleeping quarters for the evening. I caught up on some work, journaled for a bit, then fell asleep.