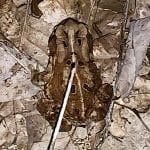 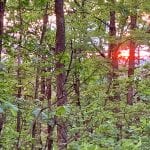 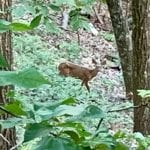 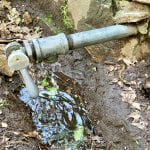 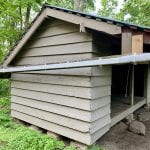 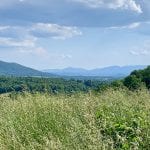 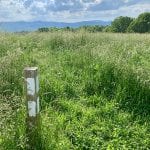 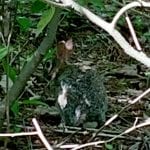 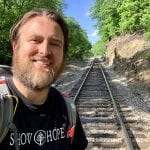 As usual, I woke up fairly early. I still wasn’t feeling well. Which is never ideal, but even more so when you’ve got to get out of the comforts of town, and closeness of medical help, should you need it. I went down to the hotel lobby for breakfast. I had waffles, bagels, cereal, oatmeal, and apple and some coffee. I went back up to the room and worked for a bit until Mulligan got up. We both tidied up some work items before packing our stuff up and checking out of the hotel.

We had a few more errands to run before venturing back out into the wilderness. There were a few more things we needed to get from the grocery store so we made our way back over to Kroger. Mulligan also wanted to get a haircut. Though I needed a haircut badly, my plan was to let it grow, along with my facial hair, until I finished the entire trek. This is pretty common with thru-hikers. Mulligan wasn’t on board with this idea though. He couldn’t stand to let his hair or beard get too long. While he was getting his hair “did” I checked out what we were getting into in the upcoming days via our app.

We dropped his computer equipment back off at the post office. Then last but not least, of course we needed to get some more food in our bellies, before we got back out in the woods. So we stopped by a convenient store next to the trail. We both grabbed a sandwich and a drink. Mulligan grabbed a few beers too:) We were about to hit the trail when Mulligan announced that he needed to go to the restroom, and not to wait for him. He hiked a little faster than I did, so he’d just catch up with me later anyway. I hopped back on the trail myself and plunged forward. Talk about getting a late start. It was already 4pm.

It was 90 degrees outside and my body temp was higher than normal as its been trying to fight off this cold. I started sweating immediately. The first part of the trail was pretty level though. The bad thing was, I was really struggling. I just focused on lifting my feet…one step after the other…while leaning forward. I was really out of it. I felt kind of dazed and confused. I hiked mindlessly for hours. I remember hearing the sounds of the city fade behind me. The sounds of cars and trucks zooming by on the highway. The further away I got those sounds were replaced by cows mooing and farm equipment humming and clunking. Then finally to nothing but the sounds of nature. The leaves blowing, the birds singing, and even a few rabbits hopping around in the brush.

I crossed some railroad tracks, a big grassy pasture, then started up a 1500 foot climb. It was a fairly steady climb though, and had some switch backs, so it wasn’t too bad. My eyes and nose wouldn’t stop running though. I kept stopping to wipe my face off. It was really slowing me down. I reached the top of the mountain and there was a nice breeze, which helped me cool off. I kept hearing noises coming from behind me. I figured it was Mulligan catching up. But I’d turn around and no one was there. I felt like I was losing my mind. Everything was muffled in my head.

There was no one on the trail. I kept running into cobwebs. Which is something that only typically happens early in the morning when you hike before everyone else has had a chance to clear them out ahead of you. I kind of figured everyone was still at Trail Days back in Damascus, VA. I was kind of bummed we didn’t go. I think its part of the experience of hiking the AT. But we took 2 zero days to catch up on work, and I wasn’t feeling that great either, so it seemed like the right decision at the time. Plus its common for thru-hikers to go the following year to see everyone they met on the trail the previous year. So perhaps we’ll go next year.

I finally made it to a shelter. I was only 5 miles in. It felt like an eternity to get there though. There were quite a few young kids at the shelter. Which was unusual. As I approached them they all left while greeting me and saying “we’ll get out of your way.” Though I thought that was nice, and very respectful, it wasn’t necessary. I’d say there were between the ages of 10 – 12. I was wondering what they were all doing out there by themselves. Then I saw a few adults down the hill where they had their tens setup. I assumed they were Boy Scouts or some sort of youth group.

I took my pack off, sat down, drink some water and had a snack. Before I could finish Mulligan walked up. I noticed something on the top of shelter that was different from all of the others. It looked like some sort of water system that collected rain water and funneled it down into a tank for drinking. I walked behind the shelter and sure enough, I was right. I actually thought of a similar system not too long ago, and wondered why they didn’t have something like this at all of the shelters. Well, at least the ones that didn’t have good water sources close by. We checked the water and it looked pretty dirty actually. It was a real brown color.

Though we got a late start, and I wasn’t feeling that well, with the kids there, dirty water source, and only hiking 5 miles so far, we decided to march further north until we could find another spot to setup camp for the evening. We knew there was a campsite by a creek coming up in about 5 more miles. So we made that our target destination for the evening. Mulligan took off ahead as I meandered my way behind him still battling this head cold.

It wasn’t too long before I caught up with him. He was stopped dead in tracks about 50 feet ahead of me when I saw him. He was staring off into the woods to the right of us. He looked back at me and with one hand, he slowly points two fingers at his eyes, and then points them down the hill into the forest. You know real military like 🙂 I turned my head and focused my eyes in the direction he was pointing. There was a big deer quietly grazing under some trees. We both took a few pics before one of us stepped on a branch startling her and she pranced off further down the hill out of our sight. Mulligan marched ahead of me again.

It was getting late and the sun was setting. It was this glowing vibrant burnt orange color with an array of beautiful blues blending together in the sky behind it. I couldn’t get a clear shot of it but took some photographs anyway. Then started my final descent down to the tent site. As I got closer, I could hear Mulligan talking to other hikers. It sounded like there were quite a few people already there. I was worried I might not be able to find a good tent site. By the time I made it down the hill it was pretty dark. But, Mulligan, being the good hiking buddy he was, had already found a spot for me.