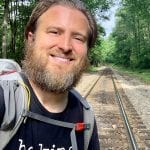 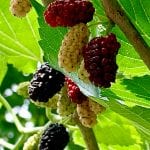 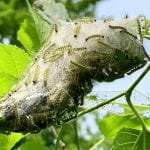 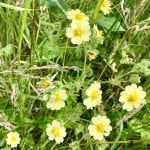 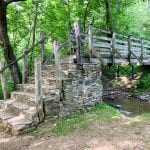 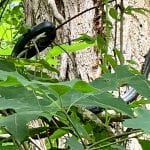 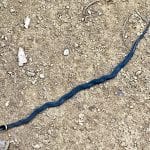 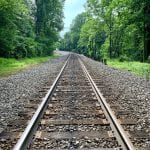 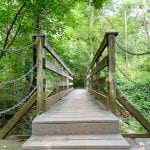 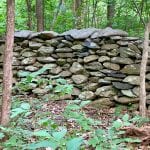 (6/8/19 | Day 94) We took a zero day yesterday. Which meant we got to stay in a hotel last night. My morning “in town” ritual consists of: 1) stuffing my face with as much food as possible, 2) knocking out as much work as possible while I’m sitting still, have internet access, and privacy, 3) doing laundry, 4) packing, 5) resupplying. Then, before wandering out into the wilderness again, we often grabbed a big lunch as well– which we did this day.

We got a lift back to where the AT intersects with route 522 just outside of Front Royal. I was quickly reminded that I needed new insoles. My feet started hurting after we go about a mile in. That was one thing I forgot to get when we resupplied. It would be a few days before I had the opportunity to get new ones. I’d just have to tough it out until then.

The trail started off fairly flat, which is always nice. This allows us to ease our way back into hiking after taking a day off. That didn’t last long though. Before we knew it, we were headed back up the hill. Mulligan and I were hiking along, and like often, a branch was hanging down low in our way. So as always, Mulligan lifted the branch so we could pass through. When he did, we noticed something big, long and black, moving in the branch. A SNAKE!!!

Of course, we jumped back! Mulligan more so than me, seeing how he had his hand on the branch and was passing right under it. It was just another black rat snake though. These guys are harmless. It always amazes me seeing snakes climb trees. It slithered up the branch, back onto the tree, and climbed, up, up, up until it was out of sight. I tried to get some video, but I hit the photo / camera button on my phone instead of the video button– oooops. But I did get one pic of the little rascal before he disappeared into the leaves.

A short time later we came upon another small snake. This one had a thin yellow ring around its neck. We didn’t see the bottom of it but believed it to be a Northern Ring-necked Snake. He was little but moved pretty quickly. So, I couldn’t get any pics / video. It wasn’t too much further down the trail when we came across another one. I was able to get some pics / video of it. Man, these little guys were fast. I touched it tail with my boot and it flew off into the grass. We continued hiking…

We rounded a bend and came across what looked to be some sort of outdoor hiking class. There were about 10 people, both guys and girls, and what appeared to the teacher, going over how to filter water out of a creek. We said hello and carried on up the trail. Mulligan got a little ahead of me because, as usual, I saw something growing in a tree, so I had to stop and check it out. This tree was littered with the little black things growing in the branches. I got closer to see what they were. Blackberries, they were Blackberries and tons of them.

This took me back to my childhood. I couldn’t remember the last time I saw Blackberries in nature (I was later corrected that these were actually Mulberries:) Of course, I stopped and ate some. It wasn’t that I was really hungry, after our big breakfast and lunch in town, but I just had to eat some. I thought about Grandma Gatewood, the first woman to thru-hike the AT, and how she lived off the food she found on the trail, and cans of sardines she got while in towns. I did notice there were tons of tiny worms in a cocoon-like webbing eating the leaves off this tree as well. No, I didn’t eat those… I just observed 😉

I continued down the hill to a set of railroad tracks that crossed the trail. I stopped and snapped a few photos and continued on. One thing I noticed today about the trail in Shenandoah park, that was different from other days, were sounds. We heard lawnmowers, gunshots, trains, 18 wheelers flying by in interstate highways. We were definitely in an area with more people– more civilization. As I hiked on the sounds of gunshots got louder and louder. I wondered how Mulligan was doing. If fireworks rattled his nerves, I could only imagine that gunshots would do the same.

I caught up with Milligan sitting on a park bench next to a creek with a really old bridge made out of stone and wood. The gunshots were coming from a house right across the street from the little park area where we sat. Someone was in their backyard doing a little target practice, I guess. Strange, seeing how there was a little public park here and houses everywhere. With each gunshot that fired, Mulligan perked up, eyes wide open, a quick short quiet gasp for air then calmed back down. It was almost like someone was shocking him with electricity over and over and over again. I knew we needed to leave, and sooner as opposed to later, so we did.

We crossed the bridge and continued quickly up a hill and buried ourselves deep in the woods drowning out any sounds of civilization behind us. I believe the deeper we got into the woods, the more relaxed we became– the more at peace we became.

We passed several natural stone walls. I wondered who built them and why. They had obviously been there for a long time. We’ve seen quite a few of these during our journey. They seemed to mark property lines. Perhaps this is how they built fences back in the old days. It seems like a heck of a lot of work. But I guess there was no question of where you could and couldn’t go. It’s not like you could play dumb, “oh, this is your property? I didn’t see that @ss stone wall back there” 🙂

As usual, after a zero-day, leaving town, we got a late start. Which meant, we’d get in fewer miles today. That was okay with me though, as my feet weren’t doing too well, with the worn-down insoles I forgot to replace. We still made it 11 miles though. Which as far as we were concerned, it wasn’t a bad day at all.

We stopped at Manassas Gap Shelter. We set up our tents, resupplied on water, cooked and at dinner, then climbed into our tents for the evening. I caught up on some work and writing before checking the weather. It was supposed to rain overnight. I hoped it would hold off until the morning, so we could pack up before it started. Nothing like packing and carrying around a wet tent all day. With my fingers crossed, I fell fast asleep.