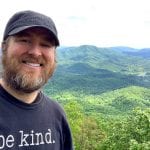 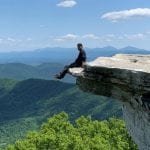 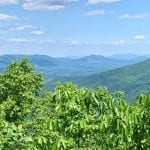 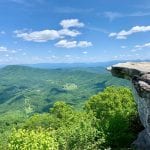 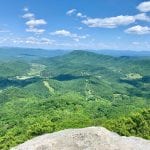 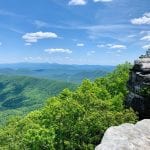 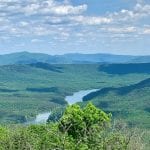 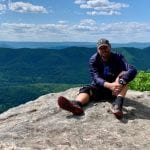 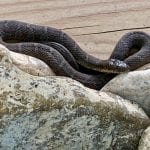 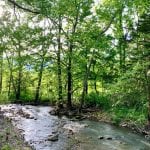 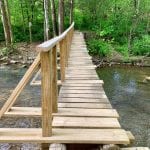 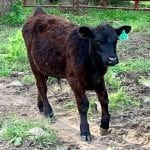 I was sleeping peacefully in my tent when I heard a loud crashing and fumbling sound coming towards me. I sat up in my tent immediately. I remember someone telling me how you can tell the difference between deer walking around at night and bears. Deer are more elegant with more precision in each and every step. Like they pay attention to where they are walking. Bears are not. They are like drunken elephants fumbling all over the place breaking limbs off trees and causing all kinds of ruckus. This definitely sounded more like drunken elephants!

As the tornado like sounds tore through the woods towards us I heard Mulligan rustling in this tent. I knew he heard it too. I said, “you know what that is, right?” He said, “deer?” I said, “it sounds more like bears to me.”  We were talking loud enough in hopes the bears would hear us and stop charging us. They did. There was an awkward silence for what seemed like eternity. I asked, “what do we do now?” Mulligan yelled out “Hey you!” I could hear a little more rustling in the woods. Again, there was an awkward silence.

I turned my headlamp on, unzipped my tent just enough to get my head out. Stuck my light and head out and looked around. Nothing. There was nothing but darkness. Where did they go, I thought? Did they just tip toe back out into the wilderness? Mulligan seems to think when he yelled at them they ran off. I didn’t hear them run off. The only logical answer I could come up with was, we could hear them initially because they were running off trail through the forest. When Mulligan yelled at them, perhaps they knew where the trail was, and ran down it instead of back through the trees. So they were able to run away without making a sound since there isn’t as many branches or brush on the trail itself. Needless to say I slept with one eye open the rest of the night;)

Several hours later I could hear people packing their gear in the shelter. We heard Fatty B and Peanut and some of the others talking the night before about getting up early to go watch the sunset at McAfee Knob. That was our plan too. I didn’t hear Mulligan moving, it was still pretty cold out, and I just didn’t have the energy to get up at that time. So I just laid there bundled up in my sleeping bag as long as I could. I ate a small, quick breakfast, and got some work done while I waited for the sun and temperature to rise.

I heard a few large groups of what sounded like younger folks hiking passed us. They were talking really loud. I wanted to think perhaps they didn’t realize there was a shelter here and people camping and sleeping still, but there was a sign on the trail pointing right towards us stating just that. They passed the sign and kept on talking loudly. I assumed they weren’t thru hikers as thru hikers would know better. But this commotion of course woke up Mulligan. He of course wasn’t a happy…camper 🙂

We packed up our stuff and headed back up the mountain to see McAfee Knob for the second time. When we arrived at the top we noticed quite a few people there. I was told by a Ranger that McAfee Knob sees as many as 800 people in a single weekend! So 400 people a day, 12 hrs of daylight, that’s 33 people an hour. Fortunately last night there weren’t too many people so we were able to get some nice shots. We stayed long enough for people to clear out and get some good shots this morning as well. Of course I kicked myself for not getting up earlier to see the sun rise. That would have been even more amazing. I was grateful for what I was able to capture though. Seeing it two times, with clear skies, I couldn’t complain.

We grabbed our things and headed down the other side of the mountain towards the third area that completes the Virginia Triple Crown… Tinker Cliffs. We climbed down the mountain and then hit a gradual incline at first. The trail got pretty steep and strenuous towards the top of the other mountain though. We made it. It too was beautiful. Instead of one large rock formation jetting out into air, there were quite a few. Smaller, but still, the landscape and views were amazing. And best of all, no one was there:) We had the whole place to ourselves. Mulligan and I decided to have lunch there.

As we were finishing our meals, another thru hiker by the name of Giggles joined us. This Giggles was a guy. The first Giggles I met was a girl. He too got his trail name from… giggling a lot. He didn’t seem that silly to me. Actually seemed pretty serious. But maybe that’s because he just saw a few bears. He showed us his pics and video. He saw them right behind us. We must have literally walked right by them. We asked him if he had a Tramily. He said he used to. They were partying quite a bit and he really wanted to get more miles done more quickly so he hiked on ahead of them. He said he’s doing 25 – 30 miles a day now. That’s pretty impressive. He finished his snack and said “see ya up the trail” as he marched back into the woods heading north.

Mulligan and I finished our lunches, tossed our packs on our backs, and headed down the mountain not too far behind him. We came upon a young guy with his shirt off basking in the sun. He had a dog with him. They both greeted us as we were walking by. He asked if we were thru hikers. We said we were. We stopped and chatted for a few minutes. He was from the area and just out for a hike with his dog. As well as to get some sun obviously. We asked him where he got on the trail and if there was a busy road there we might be able to hitch a ride into town. He told us if we wanted to head that way and if we were still there when he got back he’d give us a ride. We thanked him and headed that way.

We came to a bridge crossing a large wide creek. There were cows everywhere. Several were right in the middle of the trail…and they weren’t moving! Here we were in the middle of nowhere having a standoff with several cows. We walked closer, and closer, and closer, and…. finally they moved. Jeeesh! Though we were both low on fluids, we were told not to drink the water here due to likelihood of it being contaminated by the cows going to the bathroom in it. As I climbed the bridge to cross the creek I noticed a good size snake curled up on the side of one of the steps. Naturally we stopped and took some photos.

We continued our way down to the parking area. There was a road there but not too many cars passing. There were several cars parked in the parking lot. We figured if someone came down before the guy we met we could ask them for a ride into town. But no one ever came. Neither one of us had a phone signal either. So all we could do is wait. The guy finally came down the hill and saw us sitting there waiting on him. He kind of chuckled and said “hop in”. We tossed our packs in the back of his truck and climbed in the front.

Before we knew it we were back in town. He dropped us off. He’s interested in hiking the AT someday so we gave him our numbers and said if he ever had any questions to let us know. We thanked him and he was off. We grabbed some Chinese food for dinner, found a hotel close by, checked in, showered, did laundry, and crashed in our big, clean, comfortable beds, and passed out.