Hiking the AT – the Audie Murphy Memorial / Dumpster Diving for Food 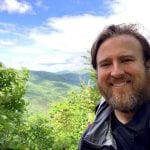 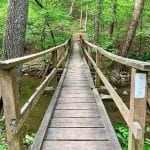 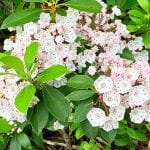 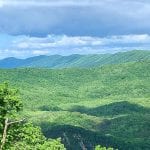 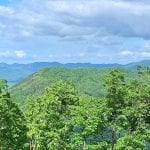 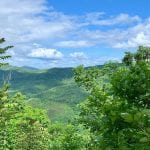 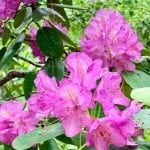 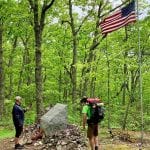 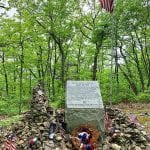 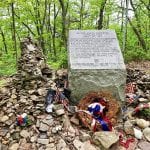 I awoke in a hotel bed. I slept pretty well. Though I was pretty exhausted from my trip back to my parents’ house in Georgia to surprise my Mom for Mother’s Day. So I was a little slow to get moving this morning. But, as usual, I got up, and plowed through some work items that piled up over the weekend. Mulligan got up, we scarfed down some breakfast from the hotel lobby, packed up our stuff, and met up with Saunter, the Colonel, and Foundation. We discussed our game plan for the day, then tossed our stuff in the Colonel’s van and were off!

We stopped by a local grocery store for a quick resupply. While there we grabbed a quick bite to eat as well. Before we knew it, we were back at the trail, parked, packs on our back, and stepping out into the wilderness once again. Since Foundation was a 20+ mile-a-day hiker we went ahead and said our “good-byes” to him. None of us had any intention of tackling 20+ miles this day, or any time soon, so the chances of us seeing him again were slim. The Colonel, hiked a little slower, so he fell behind a bit. Mulligan, Saunter and I all hiked forward, and stayed together most of the day.

The sun was shining. It was a beautiful day. We did see some clouds rolling our way in the distance though. We traversed several small foot bridges that crossed nice flowing streams. The terrain was pretty flat for quite some time before we hit a steady incline for several miles. Then, slowly but surely, it started to rain. We didn’t mind the slow rain that came from time to time. It’s those crazy storms that come out of nowhere and drop buckets of water on you all at once we didn’t care for. Then, in the clearing up ahead, I could see a memorial of some sort. I’m always fascinated by these memorials…in the middle of nowhere.

This memorial belonged to Audie Murphy. He was one of the most decorated American combat soldiers of World War II. He received every military combat award for valor available from the U.S. Army, as well as French and Belgian awards for heroism. Murphy received the Medal of Honor for valor that he demonstrated at the age of 19 for single-handedly holding off an entire company of German soldiers for an hour at the Colmar Pocket in France in January 1945, then leading a successful counterattack while wounded and out of ammunition. His plane went down close to where this memorial was located after returning from combat for the last time.

The memorial had two big lights near it. One in front, and another behind it. It was still daylight so the lights weren’t on. I could only imagine how cool this would look at night time. Again, in the middle of nowhere, its pitch black, you’re walking through the woods, and you come across two big spotlights lighting up this memorial, and American flag flying in the sky.  I assumed the lights were solar powered as there wasn’t any power out here. I watched and snapped a few photos of Mulligan and Saunter, both veterans, paying their respects to this highly decorated, fallen hero. We had a quick snack break and moved forward up the trail.

There were a few views, so as usual, I stopped and snapped some photos. At some point Saunter and Mulligan got ahead of me. I caught up with two hikers moving kind of slow. One appeared to be injured. As I approached them from behind, I yelled out “how’s it going?” so I wouldn’t startle them. It was Crouton, who I met a few days earlier, in passing, and his Dad. His Dad came out to hike with him for a few days. Crouton was limping and moving pretty slowly. His leg was cramping up badly. I offered some advice related to dehydration. We chatted for a bit and he said he was okay so I ventured on.

I came to another stream crossing at the bottom of a hill. As I crossed the stream via a bridge I noticed a guy sitting in a lawn chair with a big dog beside him. His dog started barking at me as I got closer. He yelled out to the dog to be quiet. The dog greeted me on the other side as I stepped down off the bridge. He was wagging his tail so I assumed he was friendly. Dogs can’t smile so I think that’s why they wag their tails. That’s their way of smiling:)

The guy asked me if I wanted to rest in his chair for a bit. I told him I was okay but thanked him for offering. I refilled my water in the stream and chatted with him for a bit. His name was Jason and he lived close by. He told me about his plans to possibly start a hostel or bed & breakfast soon. I told him that would be a great idea, and we’d all surely appreciate it. I could tell he had a “bit” to drink, so I didn’t stick around too long. Crouton and his Dad showed up. They too needed to refill their water so we all chatted for a few more minutes before I excused myself– I had some folks to catch up with at the next shelter.

I made my way up to the shelter and Mulligan and Saunter were there setting up their tents. I setup mine and joined them for dinner. It was getting chilly and as usual I wanted to get a fire going. But we were setup pretty close to the firepit. With the fear of a stray ember flying through the air and landing on one of our tents and burning a hole in it we decided against it. Several people came into the camp site as we sat there eating and talking. Since we were at the entrance to the camp site we directed people to where the water was, shelter, flat ground for camping, etc. The Colonel arrived at dusk. So he hurried to get his tent setup so he wouldn’t have to get out and use his headlamp.

The Colonel sat down with us as we finished our dinners. I believe the miles were more than the Colonel hiked typically. Something told me he liked our company. He was out here by himself hiking alone. I’m sure it was good to have some familiar company every once in a while. We enjoyed his company so we were glad he made it.

As we sat there, Saunter told us of someone he met that actually… dumpster dives… on a regular basis. Huh? That’s right, a hiker, when he goes into town, dives into dumpsters, to get food. Now, I’m sure your reaction is the same as mine. What the *&@!#$%>!? Are you kidding me? 🙂 But this kid claimed to find barely expired, “perfectly good”, food, almost every time he did it. I’ll admit, I don’t like to waste food, so I’ll eat slightly expired food, but not if it’s been thrown in the trashcan, outside, where animals can nibble on it. We all have to draw a line somewhere, right? 🙂 This person came from a fairly wealthy family too. I wonder what his parents think about his “hunting” for food habits.

We all retired to tents exhausted as usual. It was pretty windy and chilly all day. It got even colder at night. As I lay there bundled up in my sleeping bag I was thankful I hadn’t sent my winter gear home just yet. A lot of people send their winter gear home after the Smokies. Others after Mount Rogers close to the Virginia Highlands. I was still holding onto mine. I wasn’t convinced we were clear of the cold weather just yet.  [5/13]